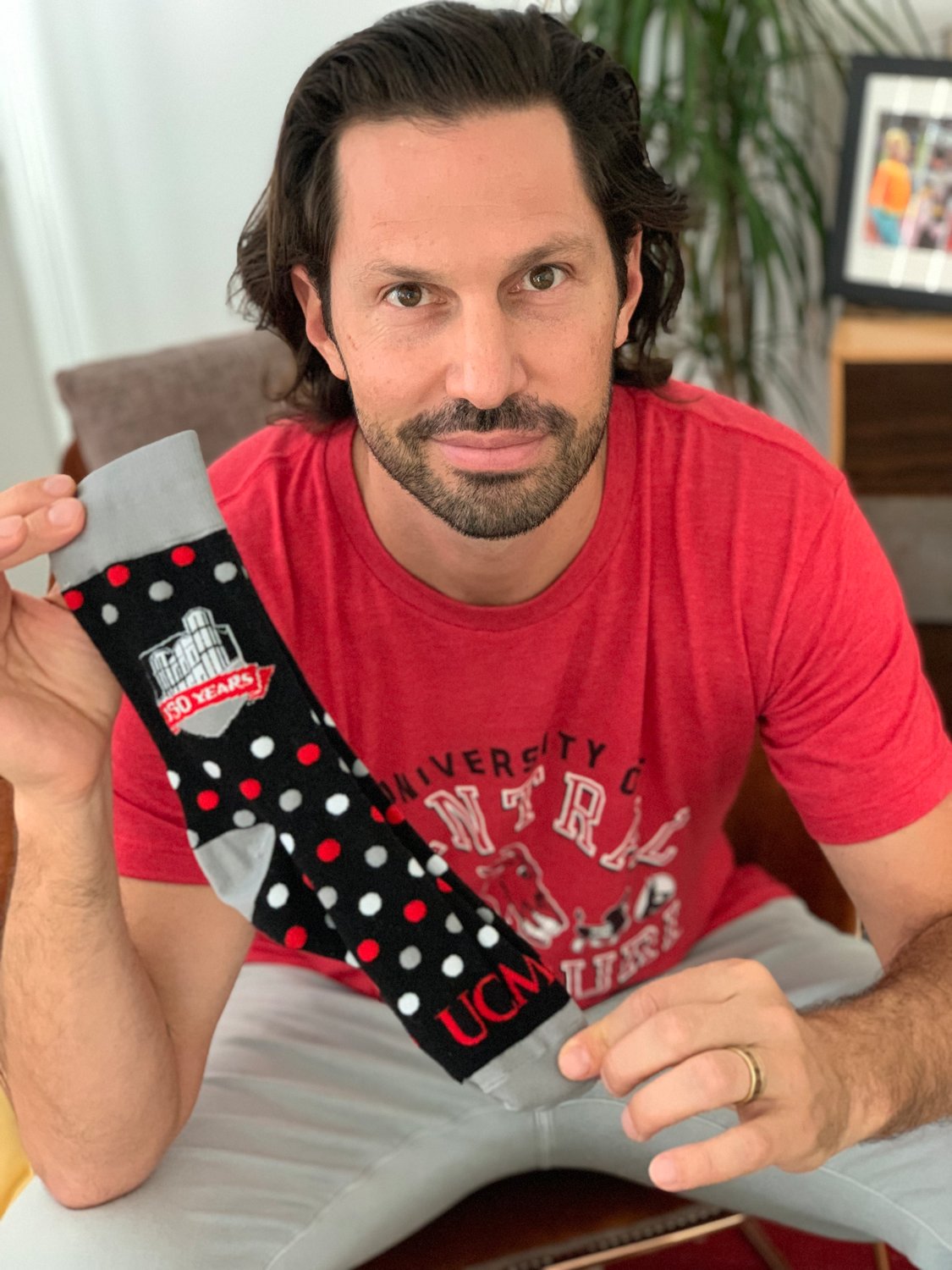 WARRENSBURG — Having been cast in film and television roles that include two hit CBS sitcoms, actor Brian Thomas Smith has an appreciation for the role his University of Central Missouri education played in his journey.

As UCM engages in Giving Tuesday, Nov. 30, Smith will partner with his alma mater by hosting a student-led Zoom conversation the following day with individuals who support this annual fundraising event through their financial gifts.

Giving Tuesday is an annual global day of philanthropic giving observed the Tuesday after Thanksgiving.

A contribution of $25 to UCM’s Central Annual Fund will enable donors to participate in the Zoom conversation, and those who double the minimum contribution also will receive a pair of exclusive 150th anniversary UCM- branded socks, according to Tyler Habiger, director of Annual Giving for the UCM Alumni Foundation.

Habiger looks forward to the opportunity for university supporters to interact with Smith, a 2000 alumnus who shares their desire to help students.

Smith will talk about his Hollywood journey, along with the struggles and successes that helped him get to where he is today. Smith will also take questions about his time at UCM and provide insight on his acting techniques, processes and projects.

“I would like to give UCM a lot of credit for where my career started,” Smith said. “I have tons of stories of the ups and downs of the journey starting back in Warrensburg all the way out to where I am now.”

Smith has appeared on stage and screen, and is well known for his role on “The Big Bang Theory,” as Zack, the loveable but dim-witted ex-boyfriend of Penny, portrayed by actress Kaley Cuoco.

Today he is the over-friendly Freddy on another CBS television series, “United States of Al.”

This is part of an acting career that has included more than 100 commercials, appearances on shows such as “Two and a Half Men” and a run with his brother, Greg, on Season 7 of “The Amazing Race.”

On the big screen, he has acted alongside Al Pacino and Annette Bening in the film “Danny Collins” and in other films, including “The Wedding Party,” “Lethal Seduction” and “Babysplitters.”

“Brian is a living embodiment of the promise of UCM to transform students into leaders of their chosen professions,” Habiger said. “We were thrilled when he gave a resounding ‘yes’ to champion his alma mater on Giving Tuesday.”

Smith grew up in St. Louis and attended UCM from 1995 to 2000, graduating with a Bachelor of Science in Film and Broadcasting.

While taking an “Introduction to Acting” course taught by Laura Downing, she asked him to audition for her spring mainstage play. Smith got the part and changed his minor to theatre while performing in several one-act and mainstage productions.

Smith was greatly influenced by Professor Emeriti Ed See and Richard Herman who helped further ignite his passion for acting.

After working as a bartender at the Lake of the Ozarks in summer 2000, Smith made the cross-country trek to Los Angeles to pursue an acting career and has now devoted more than 20 years to his craft.

Along the way, he has also worked with several of his Sigma Phi Epsilon fraternity brothers in television and film projects.