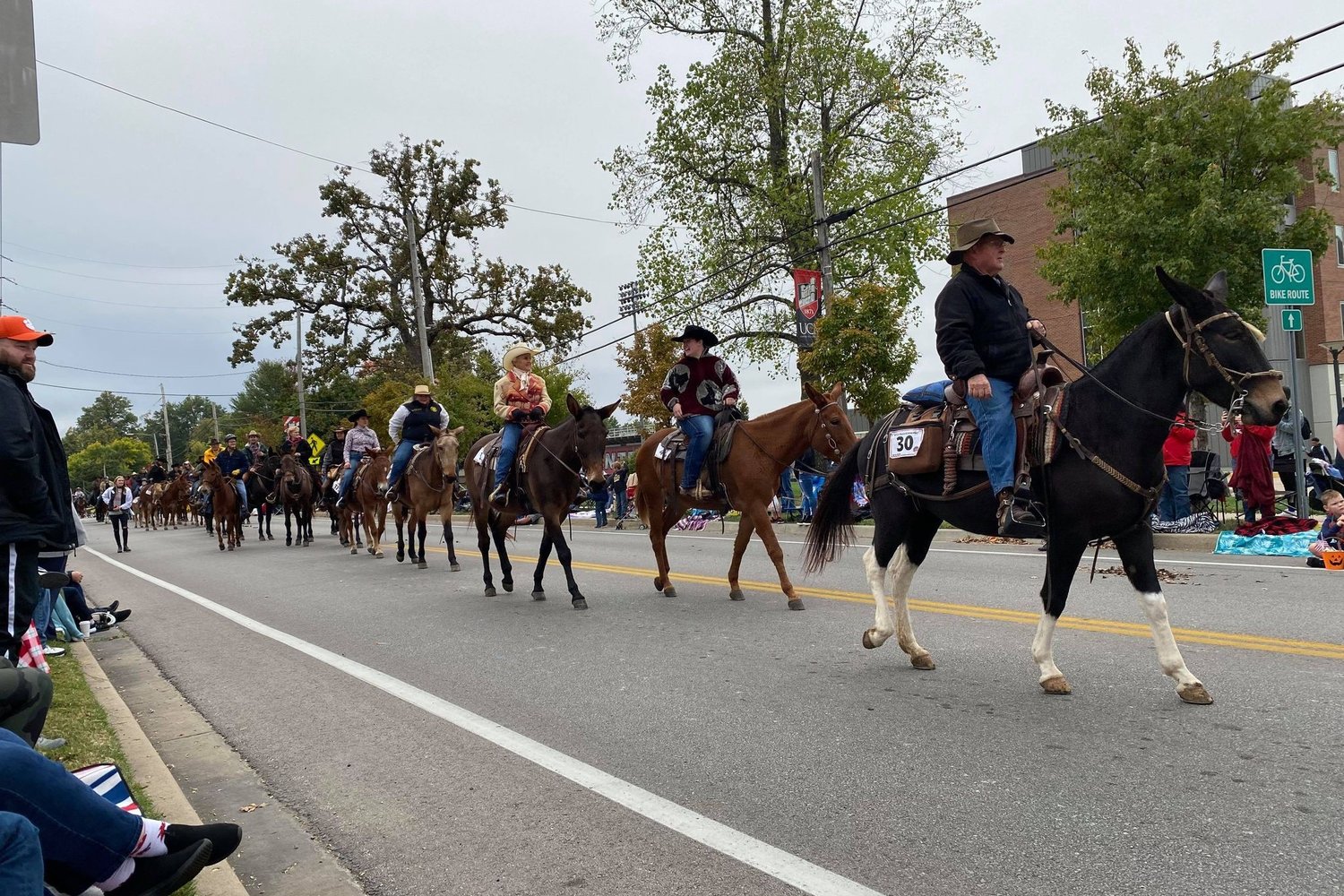 WARRENSBURG — After a thorough review of video, photographs and other supporting materials, Guinness World Records has confirmed the University of Central Missouri now officially holds the title for the largest ridden parade of mules.

This record-setting achievement was reached with the help of 50 mules and their riders during UCM’s Homecoming parade Oct. 23 in Warrensburg.

“We are beyond thrilled to be named as the record holder for the largest ridden parade of mules,” Jackie Jackson, associate vice president for the UCM Alumni Foundation, said.

UCM was the first organization to attempt this particular record.

The university was founded in 1871 and has claimed the mule as its official mascot since 1922.

The record attempt coincides with the university’s 150th anniversary celebration.

“When we first announced that we were going to try to do this in UCM’s 150th year, the number one question we were asked was ‘Why?’ and the answer is if anyone were to set a record for a parade of mules, it should be UCM at the Homecoming parade,” Jackson said. “This accomplishment is demonstrative of who we are as a university – a proud ‘Mule Strong’ institution that thrives with the community’s involvement and support.”

Before giving its official confirmation of this accomplishment, Guinness World Records engaged in a thorough review process that required photo and video evidence, along with paperwork needed to validate the eligibility of all mules and riders that participated in the parade.

The participants came from many parts of the state to engage in the record-setting attempt, and included the university’s own mule mascots, Mancow (Tammy) and Molly, housed at the university’s Prussing Farm.

Jackson worked with Tiffany Cochran, senior director of events and alumni engagement, to get mule owners, including alumni, involved in the event.

There was a good deal of interest even among mule owners with no connection to the university, as the mule is also Missouri’s state animal and the state is celebrating its bicentennial this year.

“There are a lot of people who have mule pride,” Cochran said. “When we started to make calls to get people to come out to the world record (attempt), the responses came flooding in. Everybody wanted to be involved.”

Beth Rutt, director of Student Activities, also worked with her office staff and students to help make this attempt possible.

Student Activities has been in charge of the Homecoming parade for 50 years and Rutt said they were particularly excited to be part of this historic effort.

“There were times my staff was apprehensive as to what we were going to do with 50 mules in the parade, but as the day got closer the enthusiasm only grew,” Rutt said. “It was amazing seeing the riders and their mules coming over the top of the hill bringing up the end of the parade.”

Rutt said her office was pleased to be part of the “concept, idea and then the reality of hard work. It’s a great example of collaboration between numerous areas and individuals.”

While the university is sharing information about Guinness World Records confirmation, the UCM Alumni Foundation is working with other university offices to consider opportunities to celebrate the record publicly, activities that will transpire after the new year.

More information about these activities will be announced as plans are finalized.

For more information, call 660-543-8000 or email Jackson at jjackson@ucmo.edu or Cochran at tkcochran@ucmo.edu.

Community Calendar for Jan. 18 through Jan. 24

Community Calendar for Jan. 11 through Jan. 17