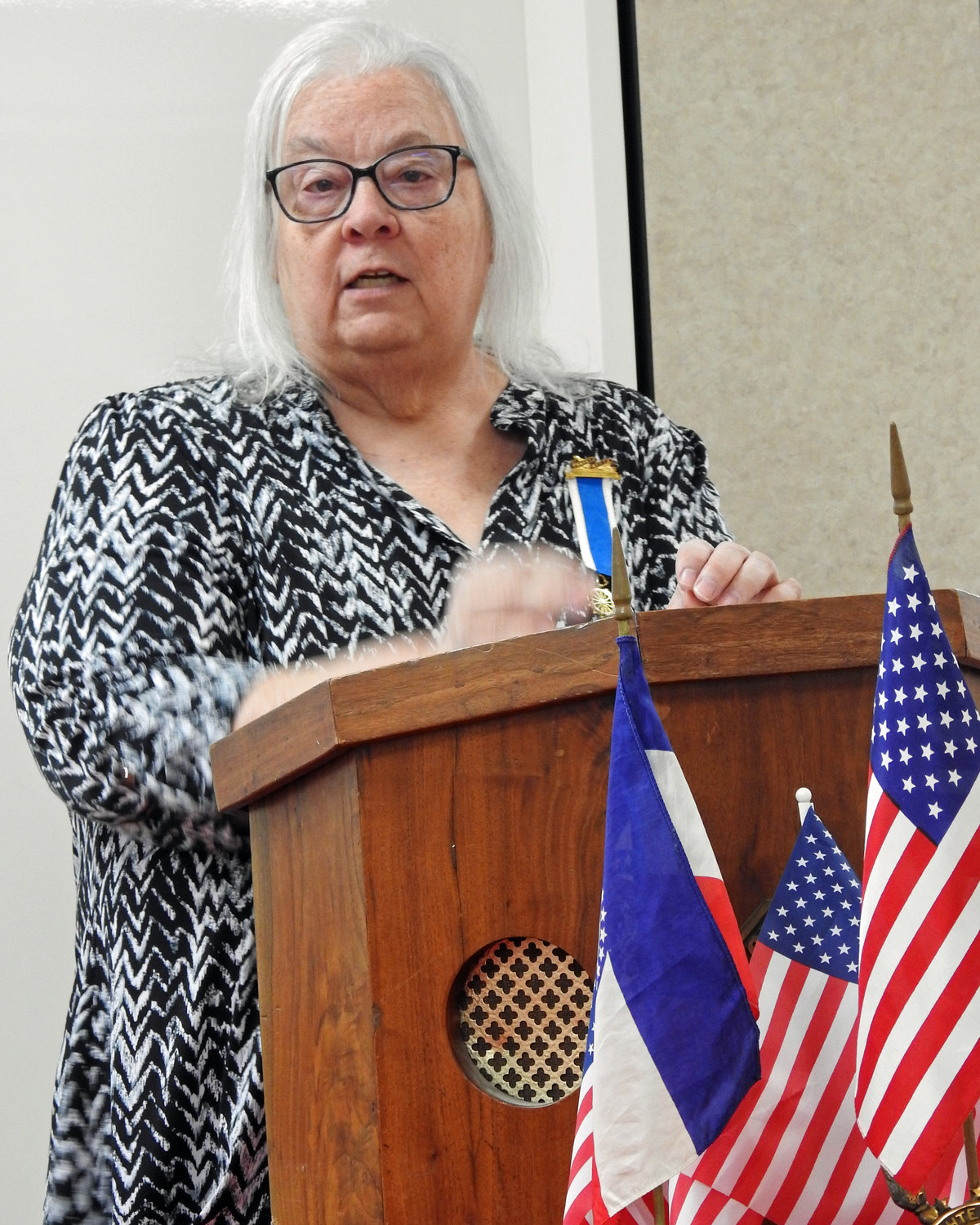 The program presented by Vicki Whitsitt was focused on the Tomb of the Unknown Soldier.

Nov. 11 marked the 100th anniversary of the dedication of the Tomb three years after the end of WWI.

Whitsitt traced the history of the Tomb from the Congressional Resolution to the approving legislation March 4, 1921.

The remains to be interred in the Tomb were selected from an American cemetery in France and brought to Washington where the casket lay in state in the Capitol rotunda as approximately 90,000 people paid their respects.

Nov. 11, 1921, led by President Warren Harding, dignitaries and a crowd estimated at 100,000, the remains were placed at rest in Arlington National Cemetery.

Initially, the site was unguarded with civilian guards added in 1925 and changing to military guards in 1937.  The tomb is now guarded 24/7.

From October to March the guard changes hourly. From April to September it changes every half hour.

There are currently four tombs on the site, including the unknown soldier from WWI, WWII and the Korean Conflict.

The fourth tomb held the remains of the unknown soldier from the Vietnam War which were exhumed in 1998 and identified using DNA technology. That crypt is kept empty.

Community Calendar for Jan. 25 through Jan. 31