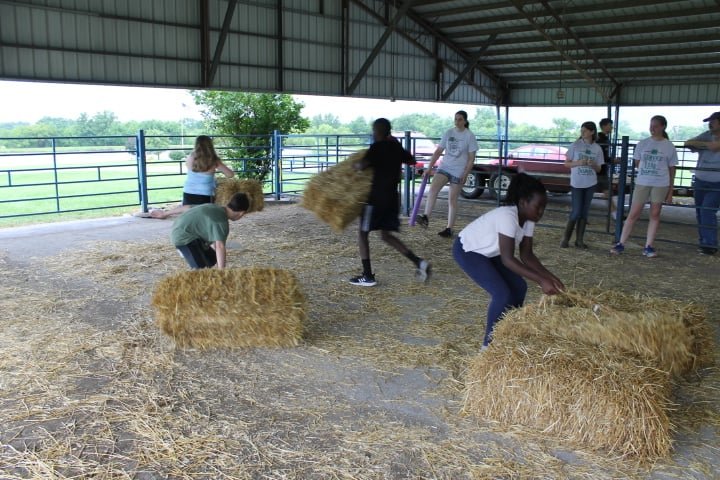 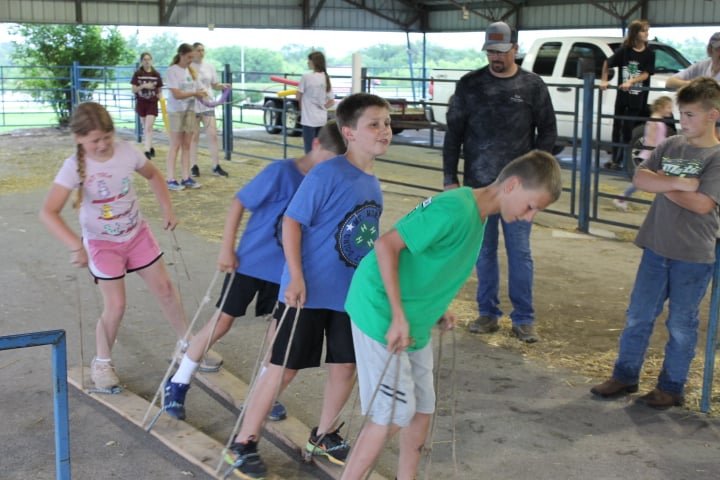 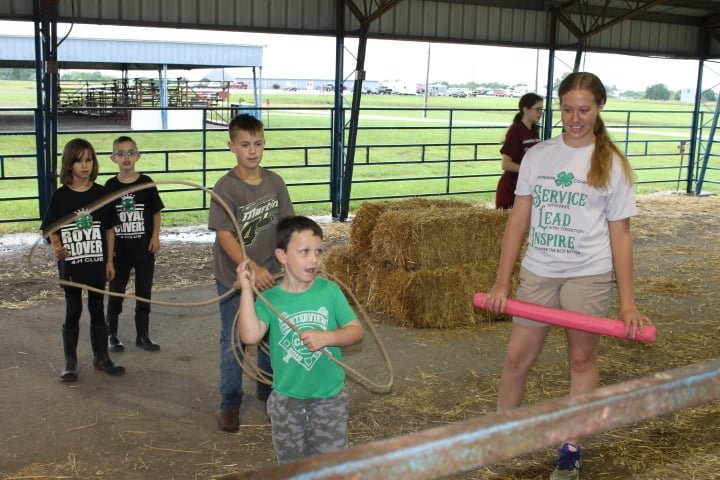 Farm Time Fun is an activity for all the 4-H clubs in Johnson County. Each club could enter in teams of four. During the fair, the teams compete in a large obstacle course.

Farm Time Fun had five stations that each group participated in.

The first station required each member of the group to move a stack of hay bales from one spot to another.

The second station was to lasso a post, and if you didn’t get it, another teammate took a turn. After accomplishing that, each member of the team had to help each other move “land skis'' to the next station. There, they would all work together to move a bucket of water from a filled pool to an empty pool, completing the obstacle after getting the water to a certain fill line.

The last part of the course involved putting a large cone in a wheelbarrow, navigating it through a simple maze and then running through a group of people swinging pool noodles.

It was a close race this year with the winning team achieving victory by only 10 seconds.

“Despite the rain, the spirit of the event was not dampened and a great time was had by all,” a University of Missouri Extension press release states. “We would like to extend a big ‘thank you’ to everyone that came out to support the clubs, the parents that came to support the kids and the volunteers and the 4-H County Officers that helped make it happen.”