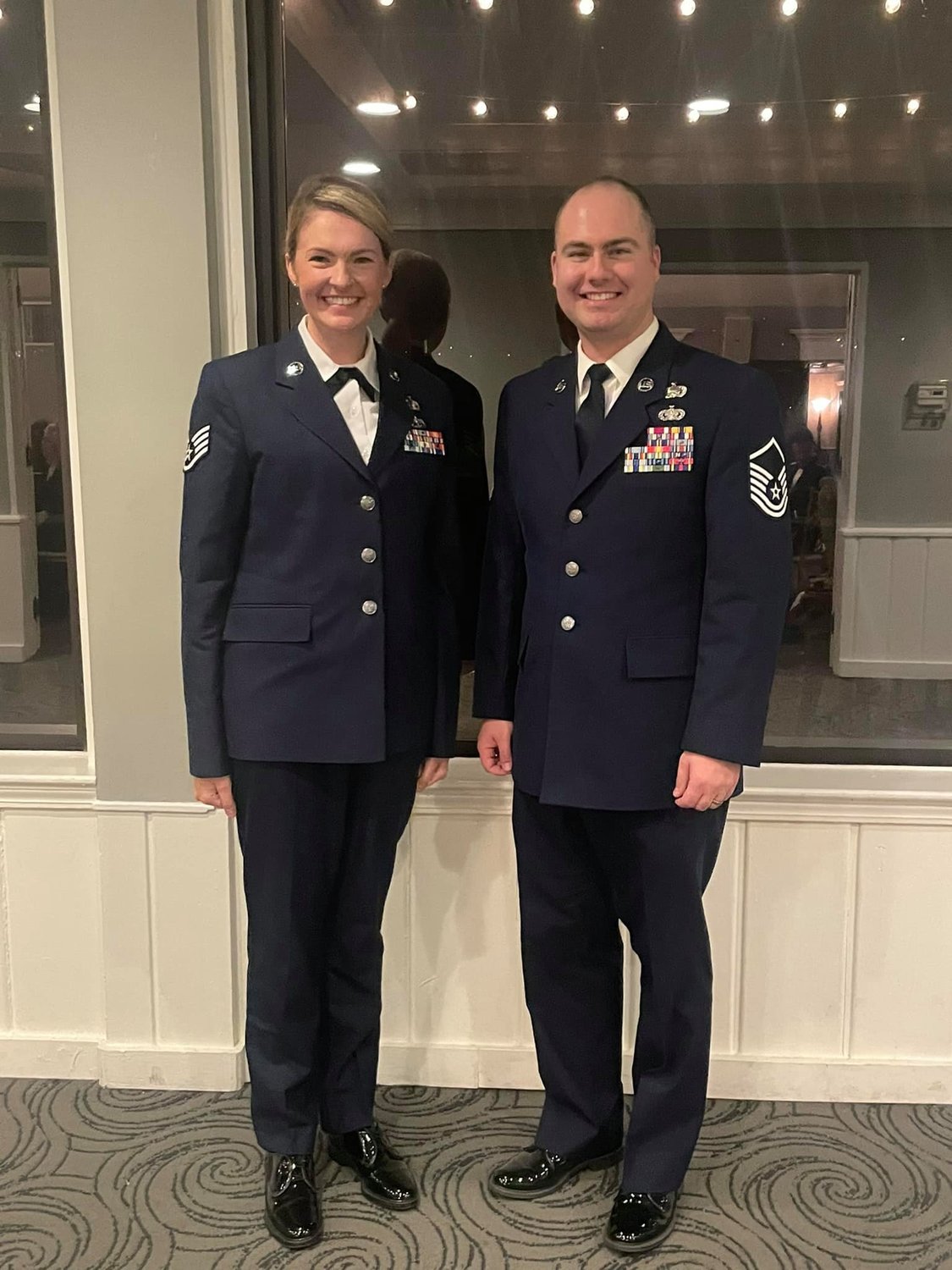 WARRENSBURG — An honor that was awarded to 16 service members across the nation, Courtney Swoboda, director of Military and Veteran Services at the University of Central Missouri, was recently recognized as an Adopted Warrior by the Exercise Tiger Association, a national non-profit commemorative foundation.

Swoboda and others who received this distinction were publicly honored the weekend of Nov. 12-13 during Military Appreciation festivities that occurred on the University of Missouri – Columbia campus.

The ETA, which has one chapter in Missouri, annually hosts this program to promote and educate communities, students and citizens on the historic World War II battle, known as Exercise Tiger.

Initiated on April 28, 1944, Exercise Tiger was a top secret operation conducted by the U.S. Navy and Army to help prepare armed forces for the June 6 D-Day invasion.

While troops were getting ready for combat, a surprise nighttime attack by German forces resulted in the loss of approximately 750 U.S. service members’ lives – including 201 Missourians.

Despite these tragedies, the resilience and determination of the surviving Exercise Tiger soldiers and sailors enabled the successful invasion at Normandy to occur as planned.

Achieving the rank of staff sergeant, Swoboda was recommended for Adopted Warrior recognition by her supervisor in the military.

Her selection was based on her military service to include her previous deployment, as well as the work she does for UCM, interacting daily with active duty military members and veterans, in addition to her community service activities in support of veterans.

Swoboda earned two degrees from UCM. She enlisted in the Air Force Reserves in 2013 as an Aircraft Armament Systems Specialist and has been stationed at Whiteman Air Force Base with the 442nd reserve unit for most of her military career. Swoboda deployed to Kandahar Air Force Base, Afghanistan in support of Operation Freedom Sentinel in 2018.

After six years in the reserves, she cross-trained and is now an Education and Training Specialist.

“It was such an honor to be recognized and to be among some of the finest men and women who serve in the military with me,” Swoboda said. “It was amazing to hear everyone’s stories and experiences. This just adds to the many reasons why I love what I do here at UCM and in the Air Force.”

The Adopted Warriors were introduced prior to the kickoff of the Mizzou Military Appreciation Football game and were on the field for the national anthem and a flyover by the B-2 bomber.

The association honors servicemen and women from all branches of the military.