One person is reported to have moderate injuries from a single-vehicle wreck Aug. 1 on Highway 50 at Northwest 601 Road.

The Missouri State Highway Patrol reports the wreck occurred when a 2016 Hyundai, driven by Dylan M. Ramsey, 23, of Warrensburg, traveled into the median, overcorrected and returned to the roadway and overturned.

Ramsey is reported to have moderate injuries and was transported to Western Missouri Medical Center.

Ramsey is reported to have not worn a safety device.

The Hyundai is reported to be a total loss.

Ramsey was later arrested on charges of driving while intoxicated, no seat belt and failure to drive in a single lane. 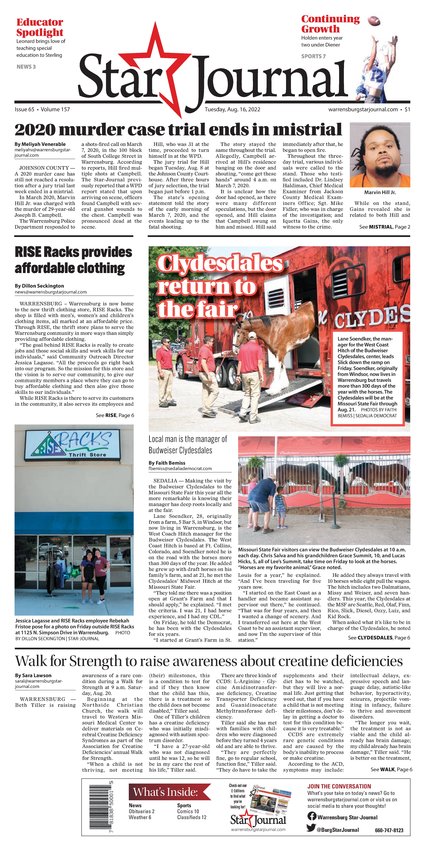